When King George VI died on February 6th, 1952 Princess Elizabeth succeeded her father to become Queen Elizabeth II. As only the second British monarch to celebrate a Diamond Jubilee, Britain and The Royal Family celebrated in style in 2012. And in 2015 she became Britain's longest reigning monarch when she surpassed the reign her great-great-grandmother Victoria. 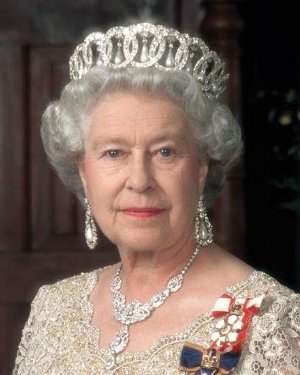 The Queen was crowned in Westminster Abbey on June 2nd, 1953. Coronations have taken place at Westminster Abbey since 1066. At the Queen’s request, the entire Coronation ceremony was televised for the very first time so the entire nation could appreciate the importance of this event. My Mum was 16 in 1953 and clearly remembers only one friend’s family at that time owned a television set so many friends and neighbors all convened at that friend’s house to witness history in the making, albeit on a very small black and white TV screen! Mum says her clearest memory is thinking how incredibly heavy the St. Edward’s crown looked on the Queen’s head! My mother-in-law was a little older and working at the Post Office telephone exchange in Southend-on-Sea in Essex on the day of the Coronation. They didn’t get a day off, “After all, we were working for the Queen,” she says, and they listened to it broadcast over the radio. She remembers a festive atmosphere and parties afterwards. Southend (where my husband grew up) is located on the Thames estuary and my mother-in-law does remember seeing many ships and boats moored at the famous Southend Pier from all the dignitaries that would be sailing up to London for the ceremony. Street parties were held throughout the country and so Queen Elizabeth’s reign officially began. 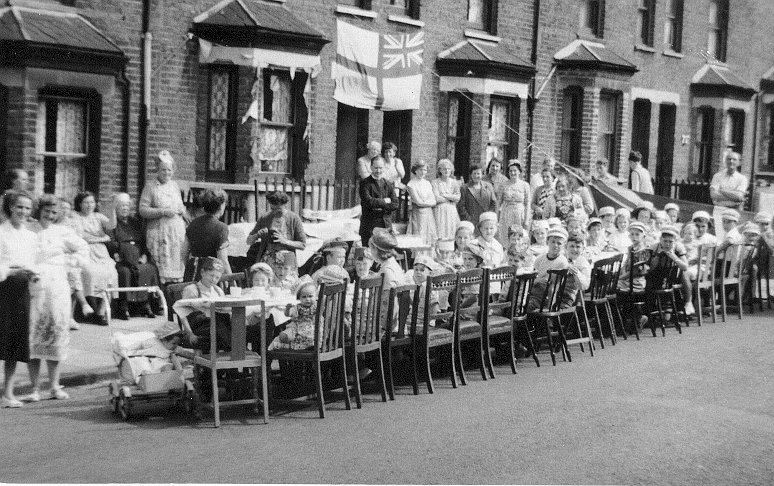 I’m sure there were many mementoes of that day and I was thrilled when I recently found an original souvenir programme from The Coronation among some Royal Family books my Mum brought over for me from England. I couldn’t believe I had found such a treasure. The front cover is emblazoned with The Queen’s crest and the inside is filled with black and white photos, details of The Coronation Procession and all who would be taking part, a short history, and the order of ceremony for the Coronation. The programme had cost 2 and 6, or 2 shillings and 6 pence, which I think is about 12 pence in new money or about 18 cents! I wonder what that would cost nowadays. 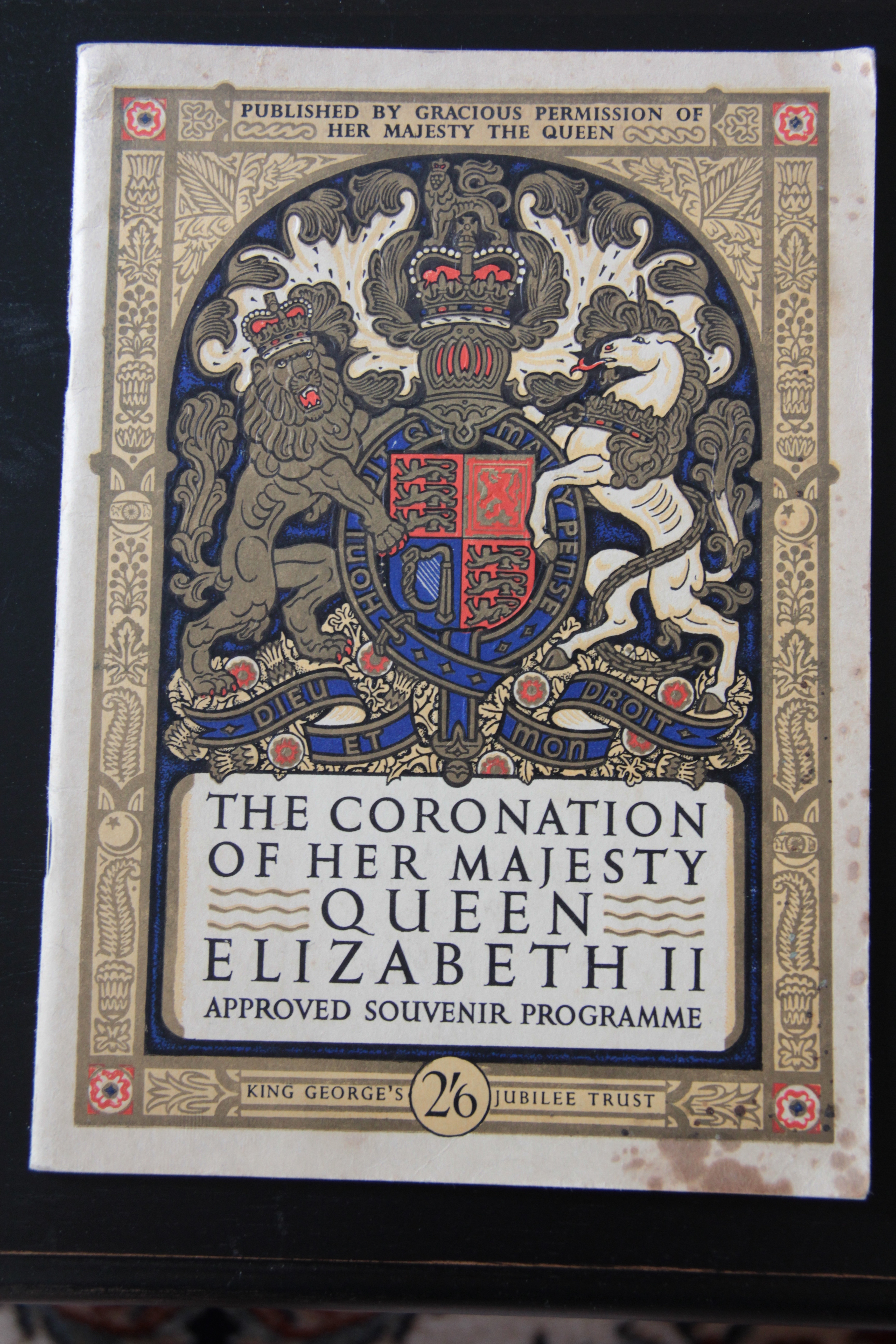 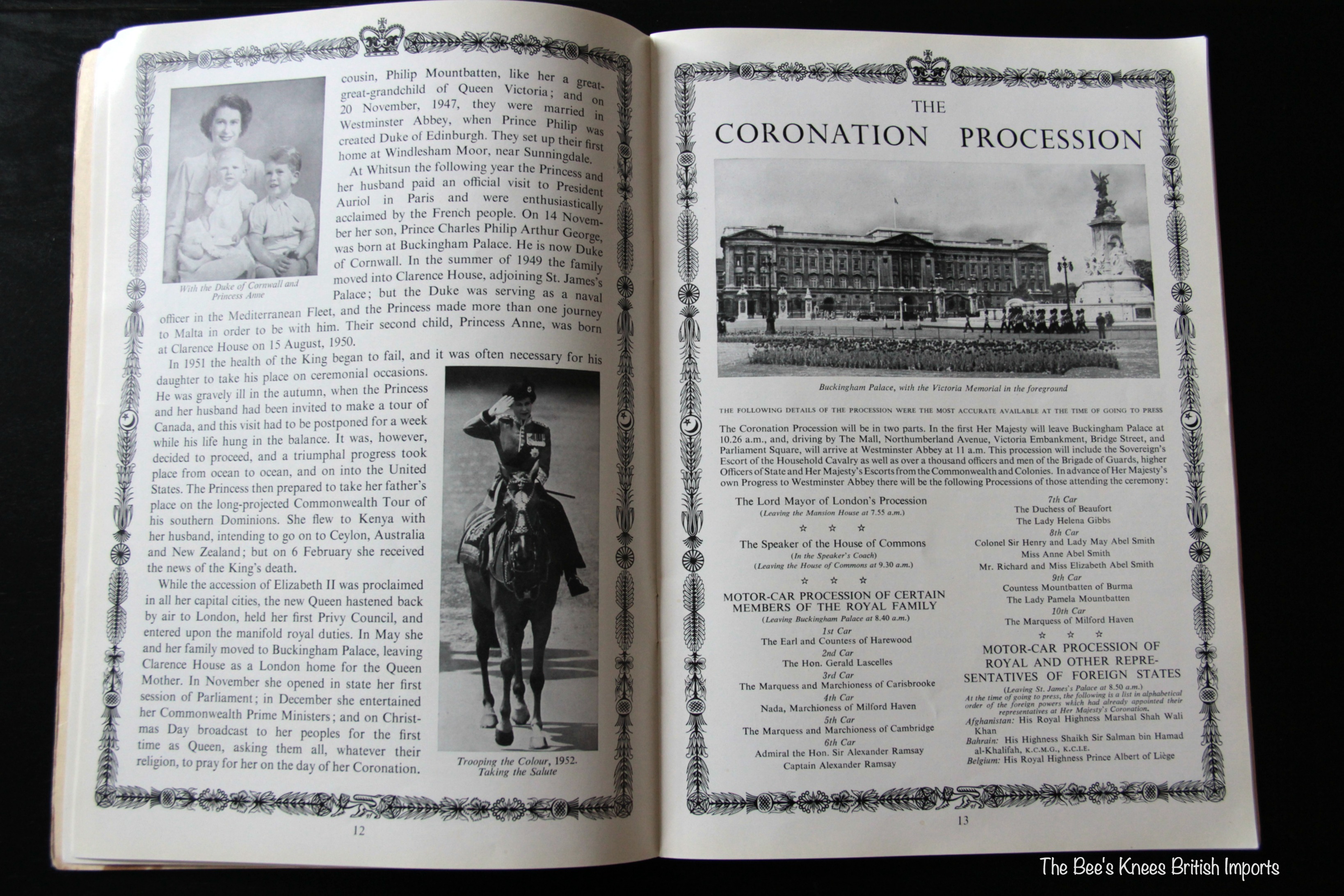 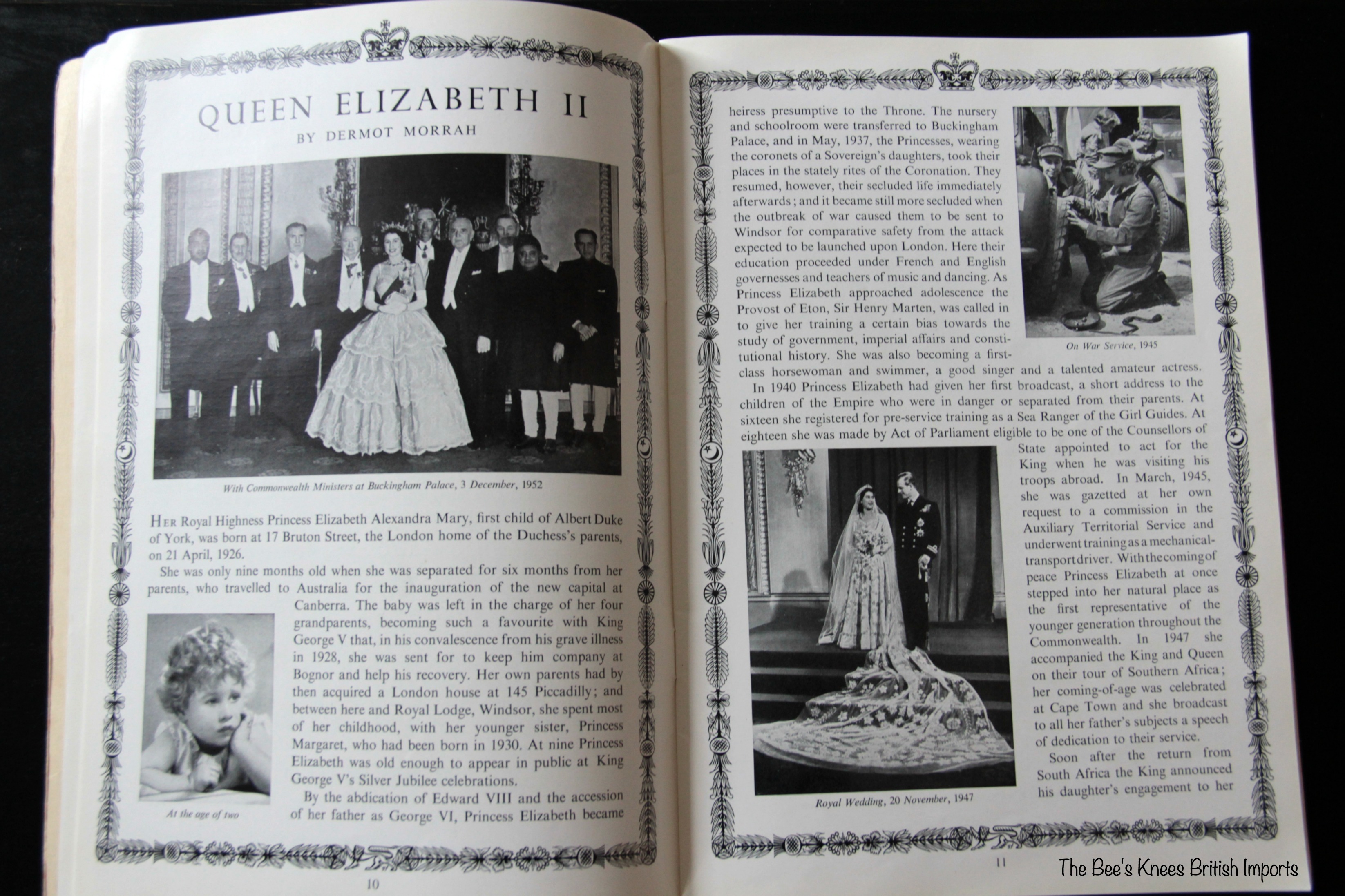 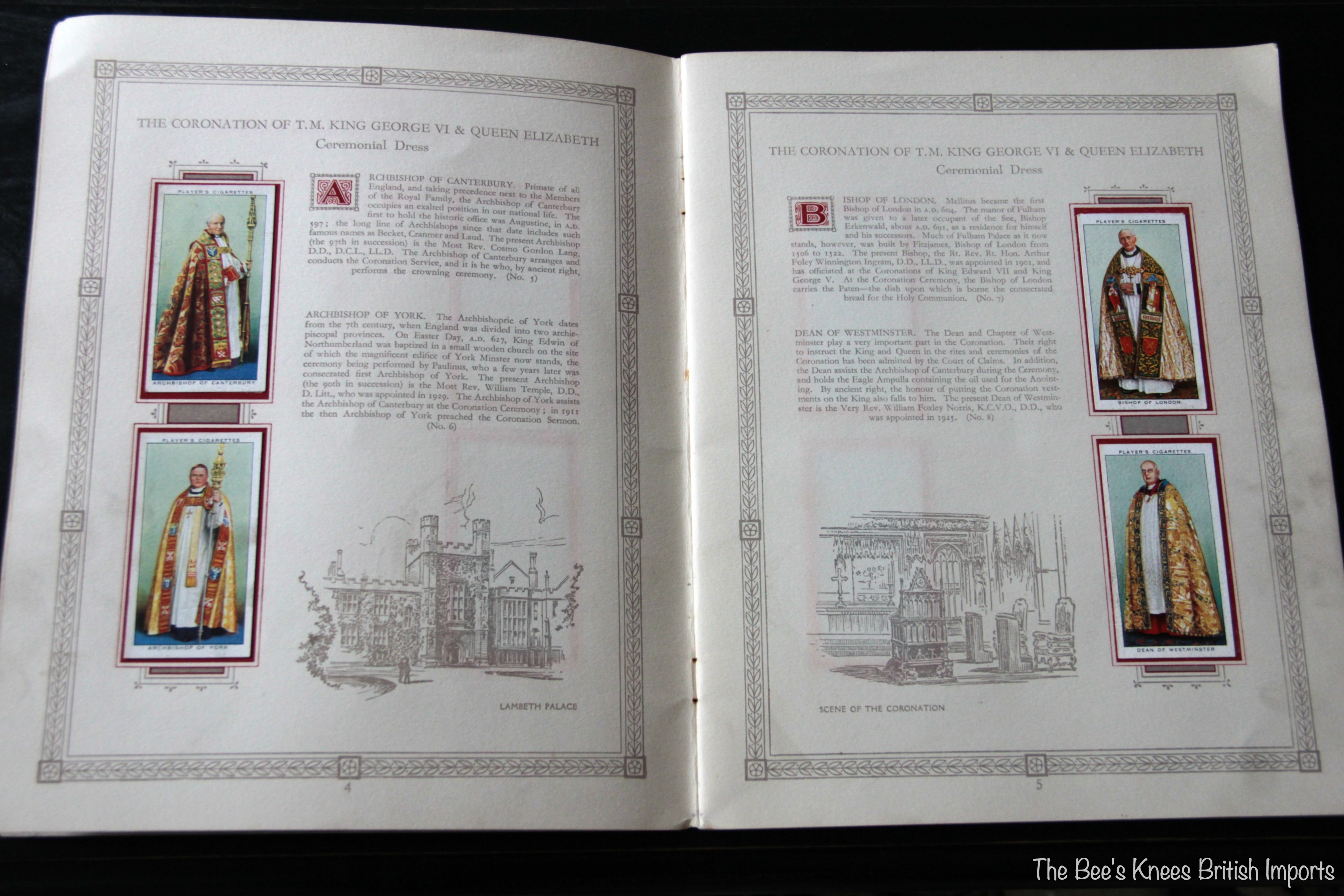 Together with the programme from The Queen’s Coronation, I also found an album to commemorate her father, King George VI’s Coronation from 1937! This one only cost three pence! It was, however, an album to collect Players cigarette cards. Can you believe it? This one must have come from my grandparents. And I am pleased to say that the album is complete with all the cards still neatly glued in place. I certainly remember celebrating The Queen’s Silver Jubilee in 1977 with street parties, bunting, the works. And I have the souvenir programme from The Silver Jubilee too. I love these wonderful souvenirs and look forward to some new souvenirs this year from the wedding of Prince Harry and Meghan Markle. Do you collect Royal memorabilia? 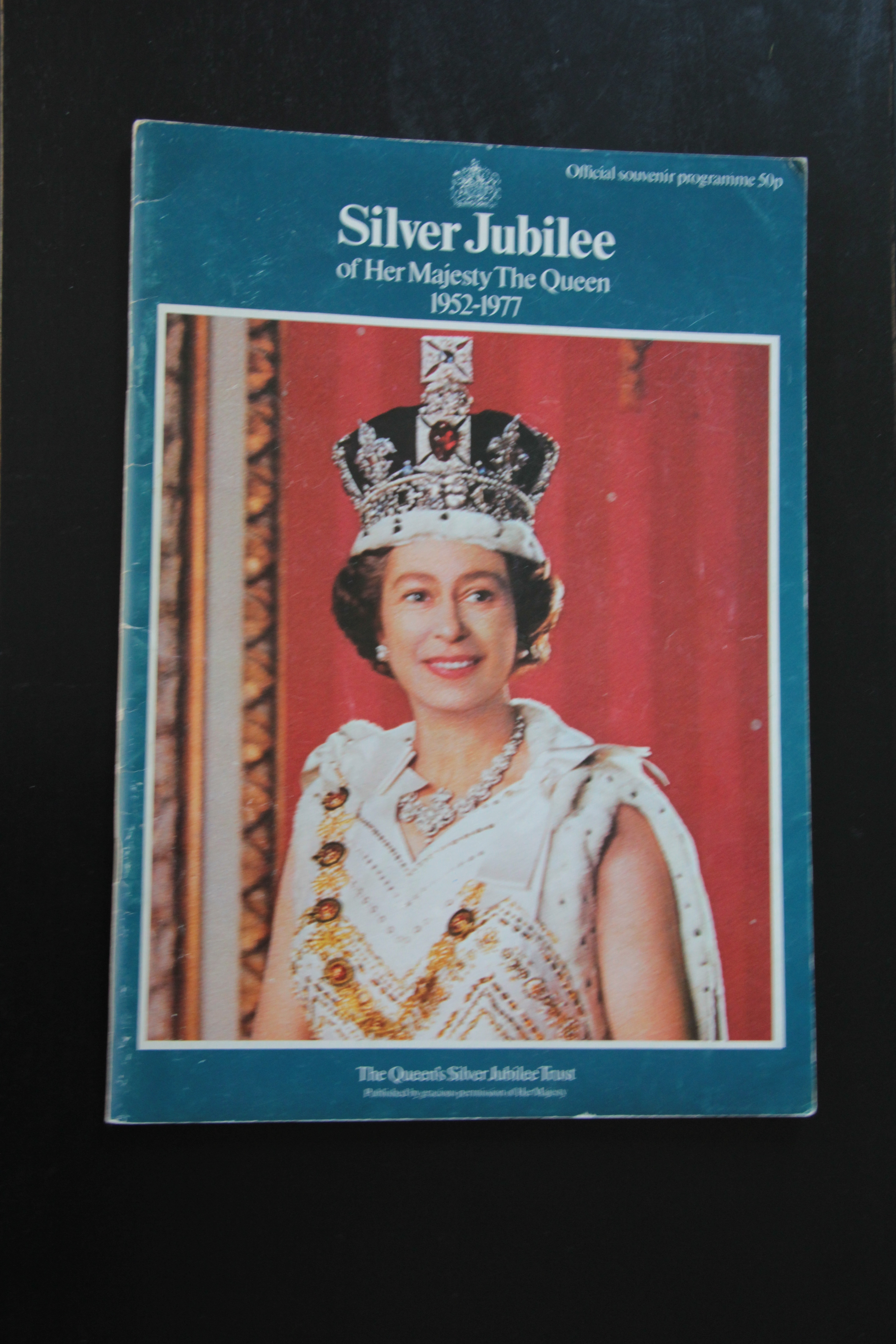