Remember, remember the fifth of November. Gunpowder, treason and plot! How could we forget? Growing up in England, November 5 th, or Bonfire Night, was a major highlight of the year for me. Back in the 70s and 80s (yes, I’m showing my age, I know) Halloween celebrations were practically non-existent. If we were wearing a costume it was a swimming costume (that’s what they are called in England. I still get a funny look here if I say swimming costume instead of swimsuit). We might “dress up” for a fancy dress party, which was more likely to be on New Year’s Eve or a friend might have a fancy dress birthday party. I don’t think I ever saw a real pumpkin until I left England! But that was o.k. because we had Bonfire Night.

First, a little history: The Bonfire Night celebration, also known as Guy Fawkes night, dates back to 1605. Guy Fawkes was a member of the Gunpowder Plot that intended to blow up the Houses of Parliament, kill King James I and replace him with a catholic head of state. On November 5 th 1605 Guy Fawkes was discovered guarding the gunpowder in the cellar of the parliament building that would blow up the king. To celebrate of the King’s survival the population was allowed to build bonfires. And so a centuries-long tradition began. 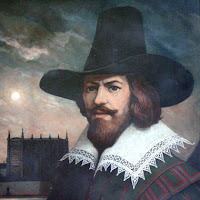 I lived in a cul-de-sac with a long back garden for the first eleven years of my life. The whole street came together to build a huge bonfire about 10 feet high. The bonfire would be ready several days before November 5 th and our excitement mounted as we would sneak peaks at the awesome pyre. All the neighborhood kids would build an effigy of Guy Fawkes made of old clothes stuffed with newspapers or straw. We wheeled him around the neighborhood shouting “Penny for the Guy”! I’m not sure we were ever very successful in our money-collecting scheme but we sure had fun trying. And then, as darkness fell, we all congregated in our back garden to watch our dads light the bonfire. As the flames lit the night sky, the “Guy” was thrown on the burning fire to loud cheers.

And then there were the fireworks! For obvious reasons we did not celebrate July 4 th in England, so there was no reason for mid-summer firework displays. Even New Year’s Eve consisted of only a few sparklers. The big fireworks 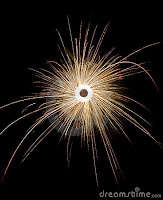 display was saved for November 5th. Back in those days we were able to hold private firework displays in our own backyard. Our parents sent rocket after rocket flying into the dark sky, set umpteen Catherine Wheels spinning on the garden fence, sparks flying in all directions, and handed out sparklers to all the kids.

And if all that wasn’t enough excitement, there was the food. Sounds weird but I loved the jacket potatoes that we ate walking around. They also made great hand warmers! Auntie Babs, a favorite neighbor, made the most delicious treacle toffee. The dark, sweet, sugary slab melted in my mouth as I watched the fireworks explode around me. Parkin was another favorite; a molasses cake, soft and juicy like a gingerbread. Perfect to be eaten out of a gloved

hand. There were no plates, nothing fancy, just a baking tray passed around. I think the simplicity of it all was part of the joy of the night and lends a sweetness to the memories.

Nowadays, I hear times have time changed. Bonfire nights are bigger and are more likely to be organized by the town and you may have to pay to get in! Professionals put on the fireworks displays. And from what I have seen and heard on Facebook this week Halloween is certainly gaining in popularity. I saw pictures of kids in England in “costumes”, lots of face make-up and many carved pumpkins. Trick or treating seems to be more the norm now too. Times really have changed. But I hold dear to my fond memories of chilly nights standing in front of a blazing bonfire, colorful fireworks dancing in the sky and sweet treacle toffee melting in my mouth. 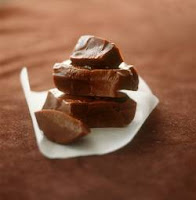