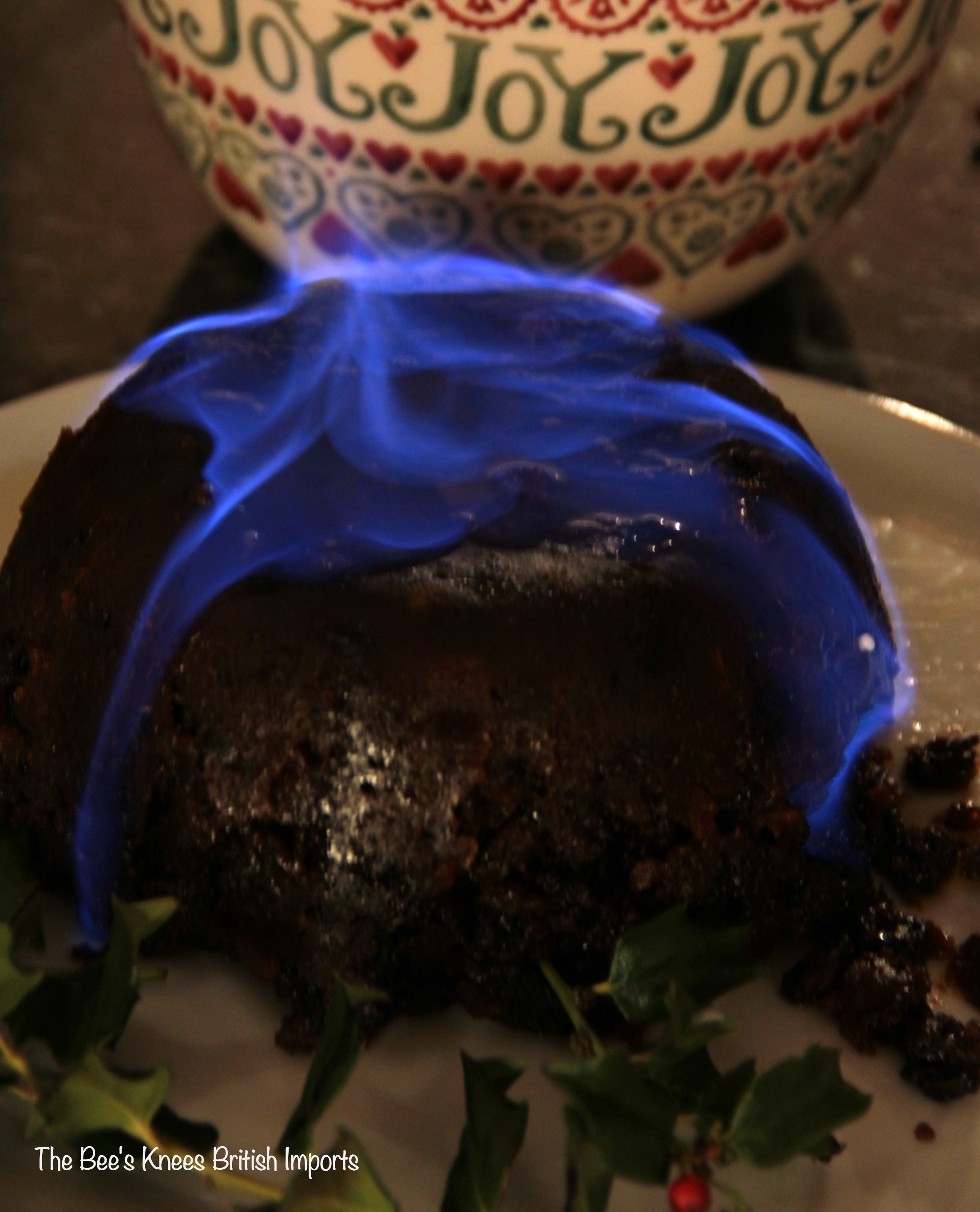 If you come to my house on Christmas Day you can expect a very traditional English Christmas. As much as I like to embrace the culture of where I am living, there are some traditions from home that are essential to remember, especially at Christmas. From crackers (which, thank goodness, are more readily available in the US now), to wearing the paper hat that comes out of the cracker at the dinner table, no matter how silly you look, to the turkey (yes, I know Thanksgiving was only a month ago, but turkey is the tradition), to sprouts and parsnips. And, of course, no Christmas would be complete without the Christmas pudding.

As the steaming pudding is turned out onto a plate, all heads turn as brandy is poured over the fruity dome and lit with a match. The kids love this spectacle as the flames dance around the pudding then slowly subside. The wonderful, once-a-year flavors of the fermented fruit, spices, beer and brandy cannot be beat. Especially when you dollop piping hot brandy sauce over it!

I haven’t made my own pudding in quite some time, going for the store bought variety instead. But my mum was 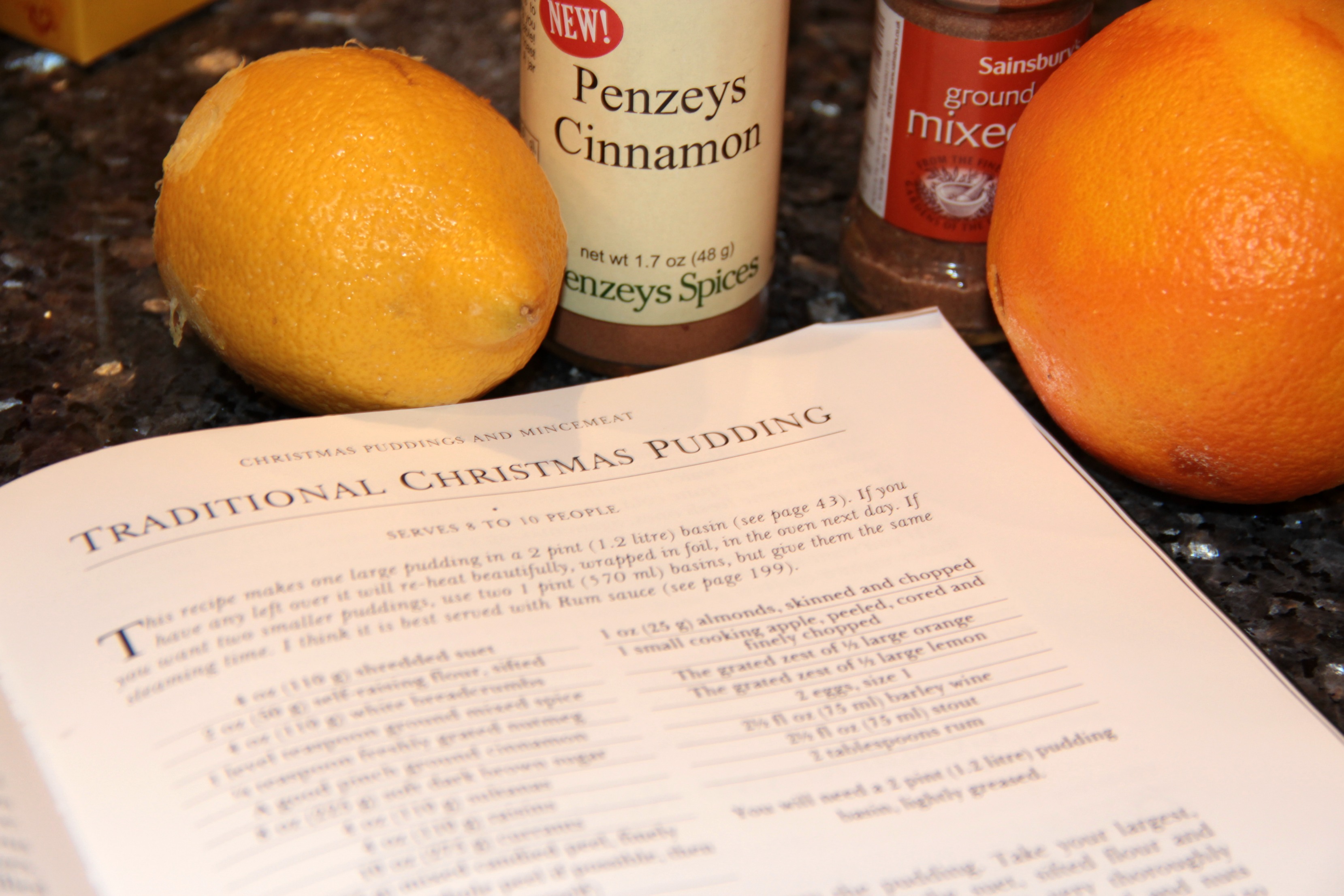 visiting us in November and I thought it was time we should give it a crack. The pudding is traditionally made about five weeks before Christmas on “Stir Up Sunday” when the family gathers and each person takes a turn making stir the pudding whilst making a wish. We were a bit ahead of this schedule, but that’s the great thing with the pudding is that it can be made well in advance so that the flavors can truly develop. Taking my dog-eared Delia Smith’s Christmas book (my go-to for the whole Christmas meal, in fact), we got started. 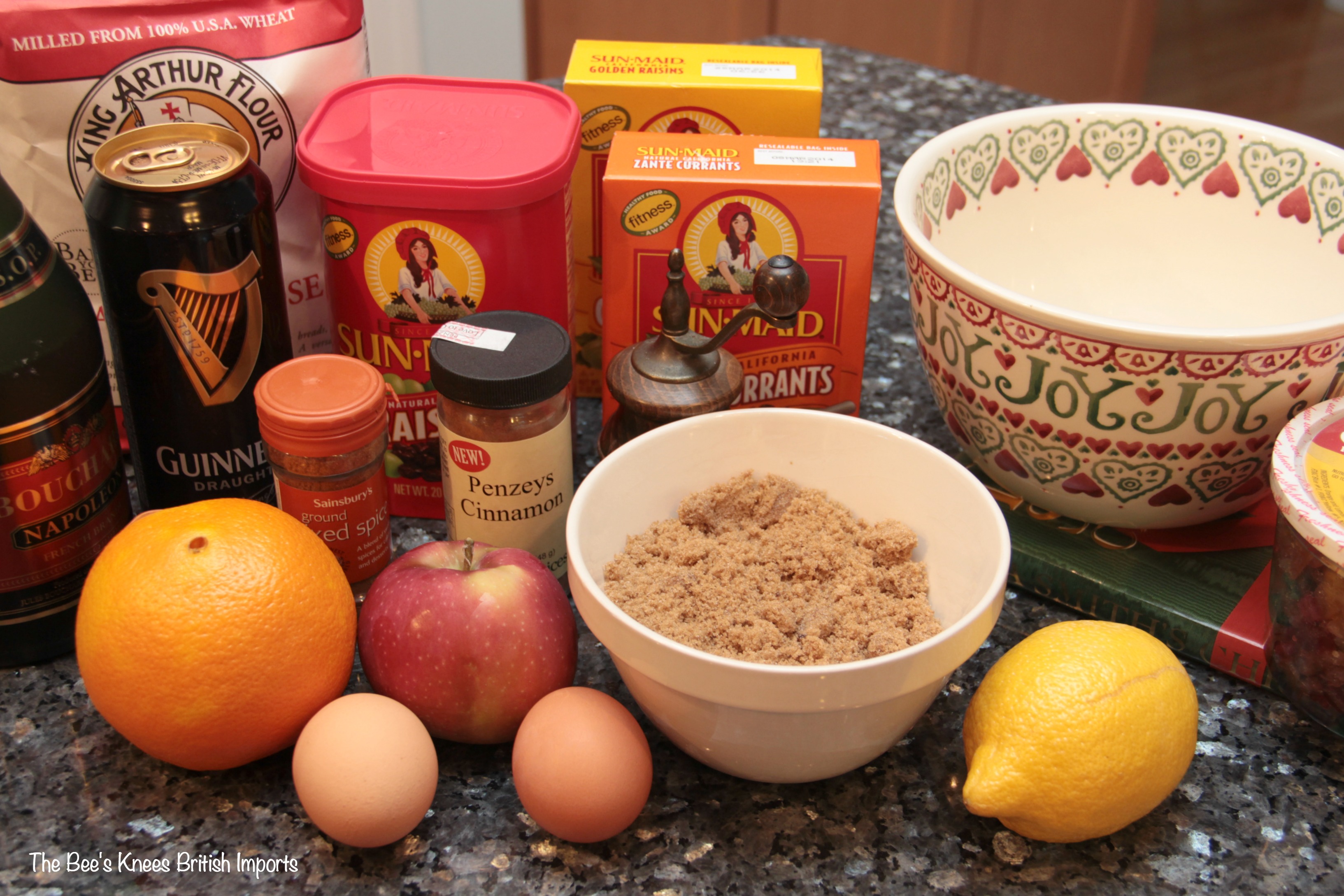 The most difficult part of the process seemed to be gathering the ingredients. All the fruits, spices, beer and brandy should make a sweet, dense pudding. Historically the pudding should have at least 13 ingredients (to represent Christ and his 12 disciples). As with mince pies the Christmas pudding originally had meat in as was made as a way to preserve the meat over the winter with the fruit acting as the preserving agent. Over the last century or so it has evolved into the sweet desert it is today. We found most of the ingredients for the more modern version at the local supermarket, but I had trouble finding the suet (I could have ordered some Atora suet on Amazon, but the shipping cost would have made for one very expensive pudding!). I did some research online and there were several forums that agreed that you could put a stick of butter in the freezer and then grate it into the mixture in place of the suet. This works well but I have since four suet locally and use that. 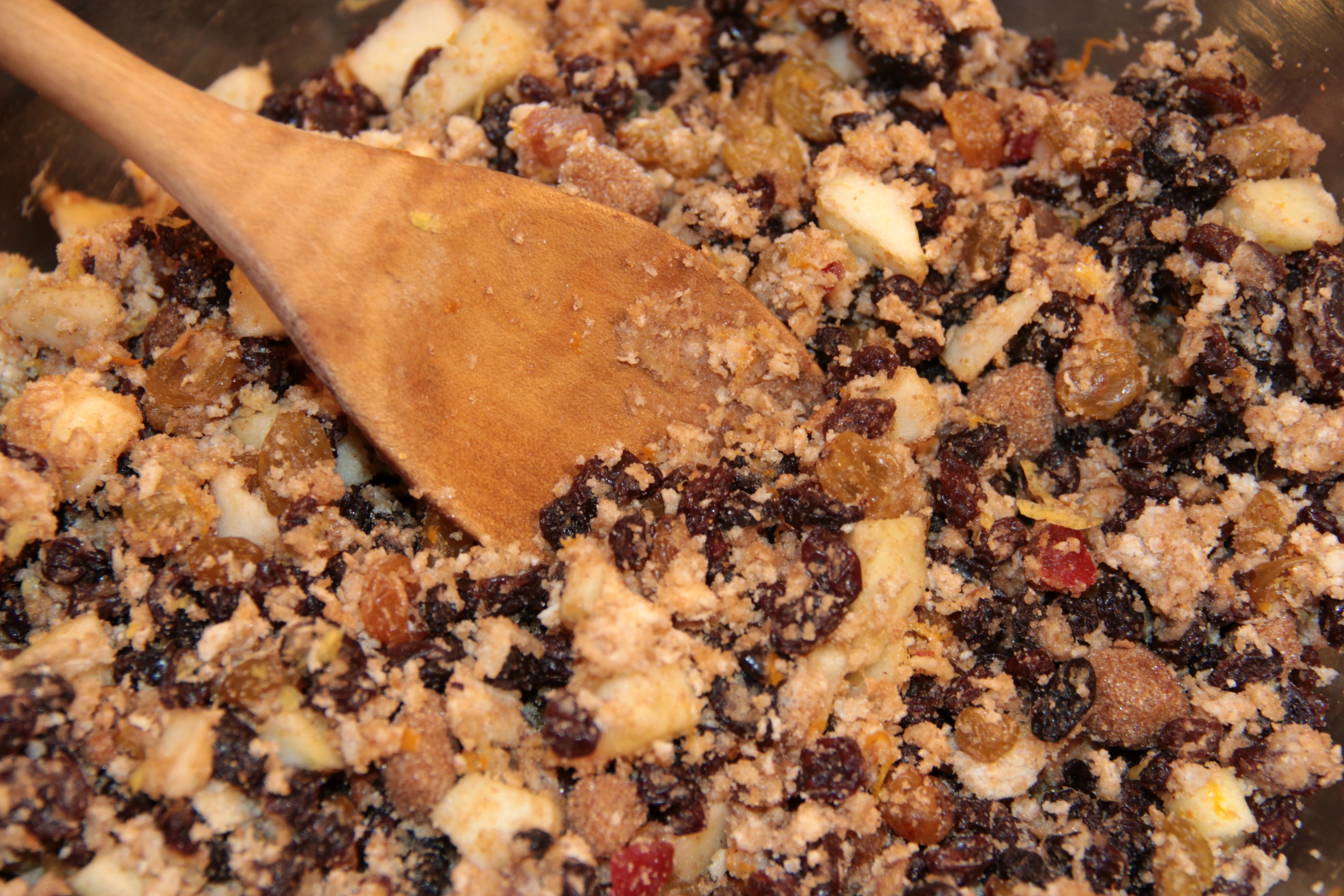 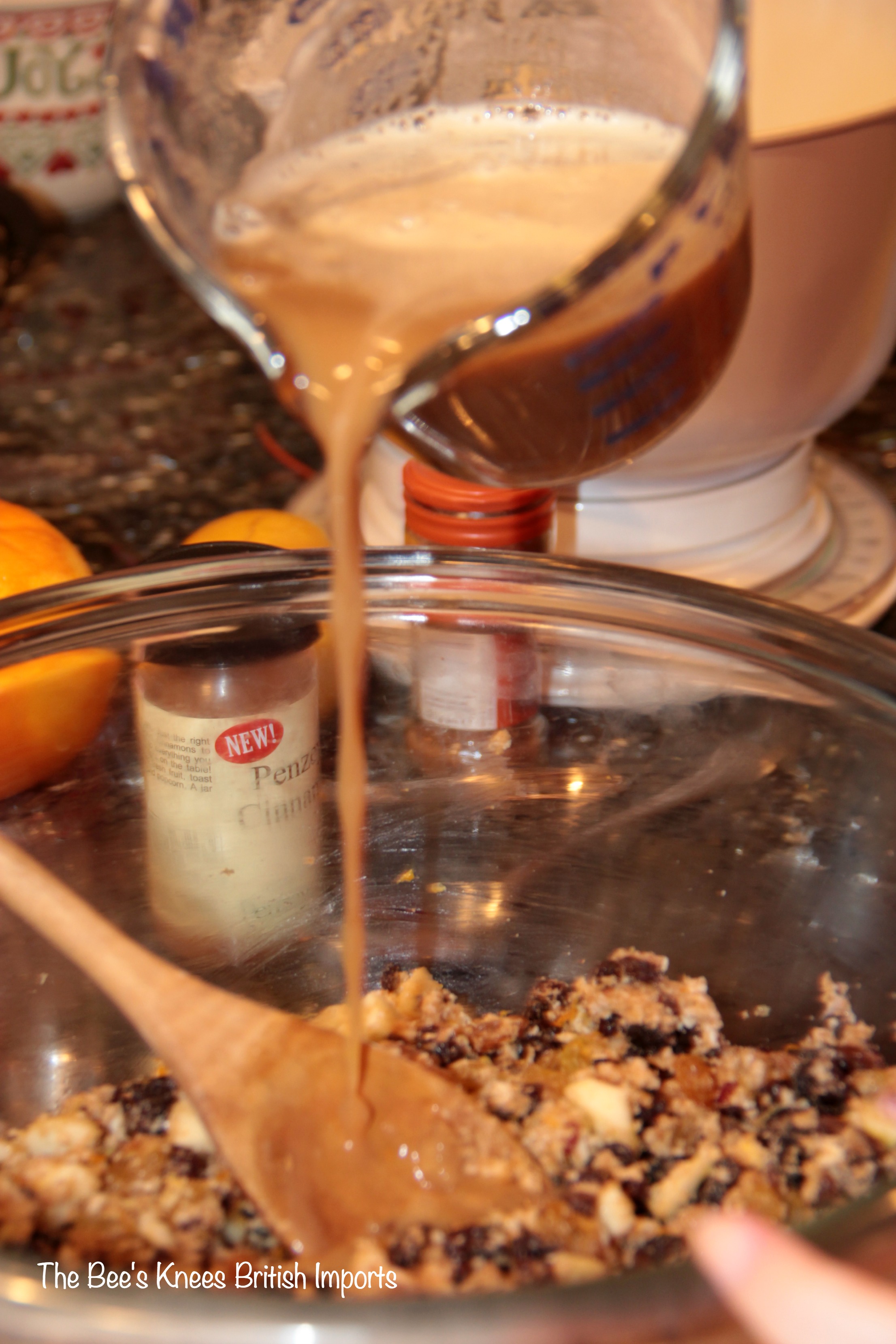 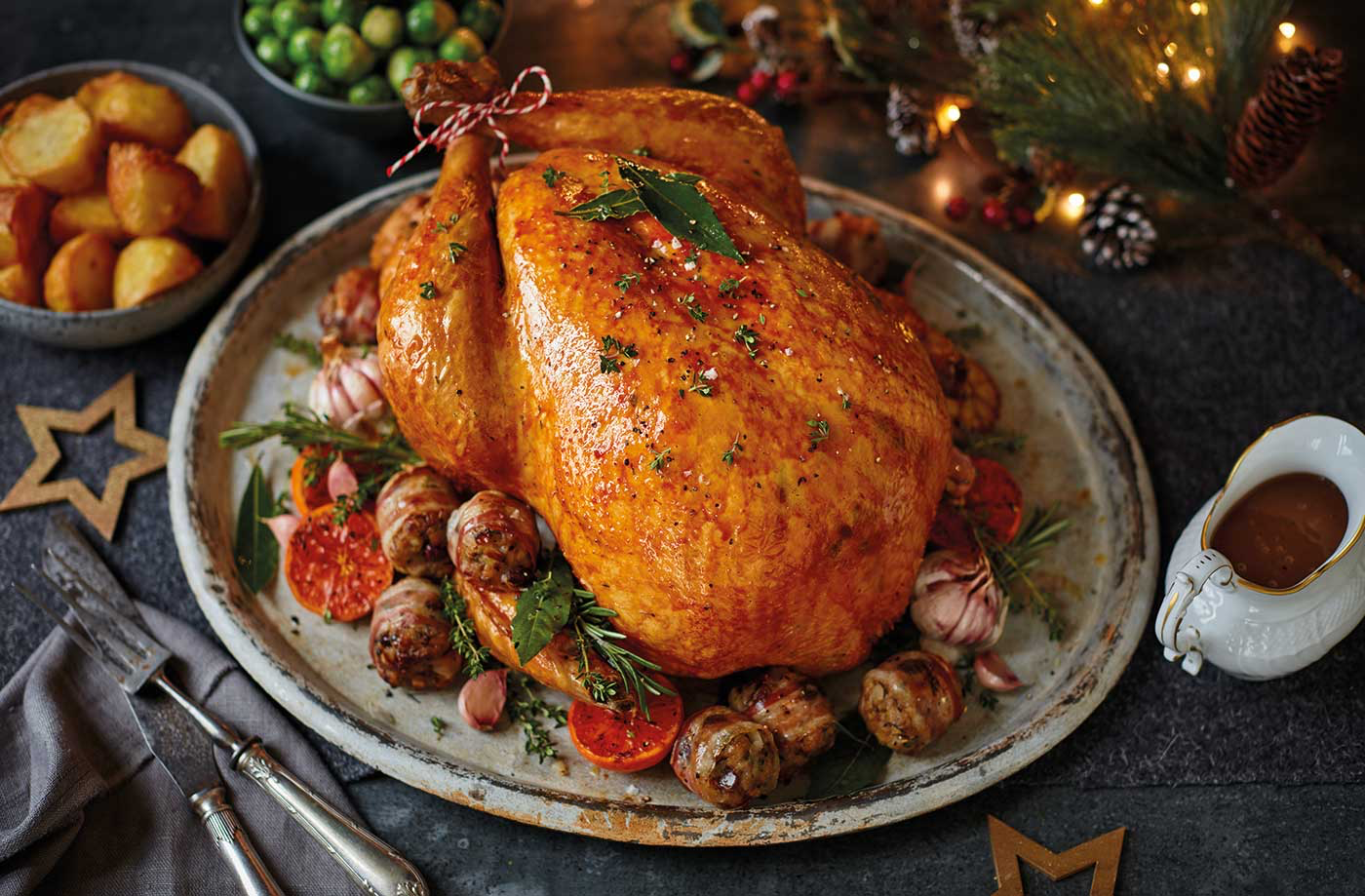 With a large bowl and a sturdy wooden spoon we got to work weighing all the different items that would go into the pudding. We used a can of Guinness for the stout and sloshed in some brandy to finish it all off. One by one we then took turns giving the mixture a stir and made a wish! Then, as tradition also dictates, we put a coin in the mixture; the myth being that whoever finds the coin on Christmas day will be bestowed with wealth and happiness. What a joy to share this tradition with three generations of our family. 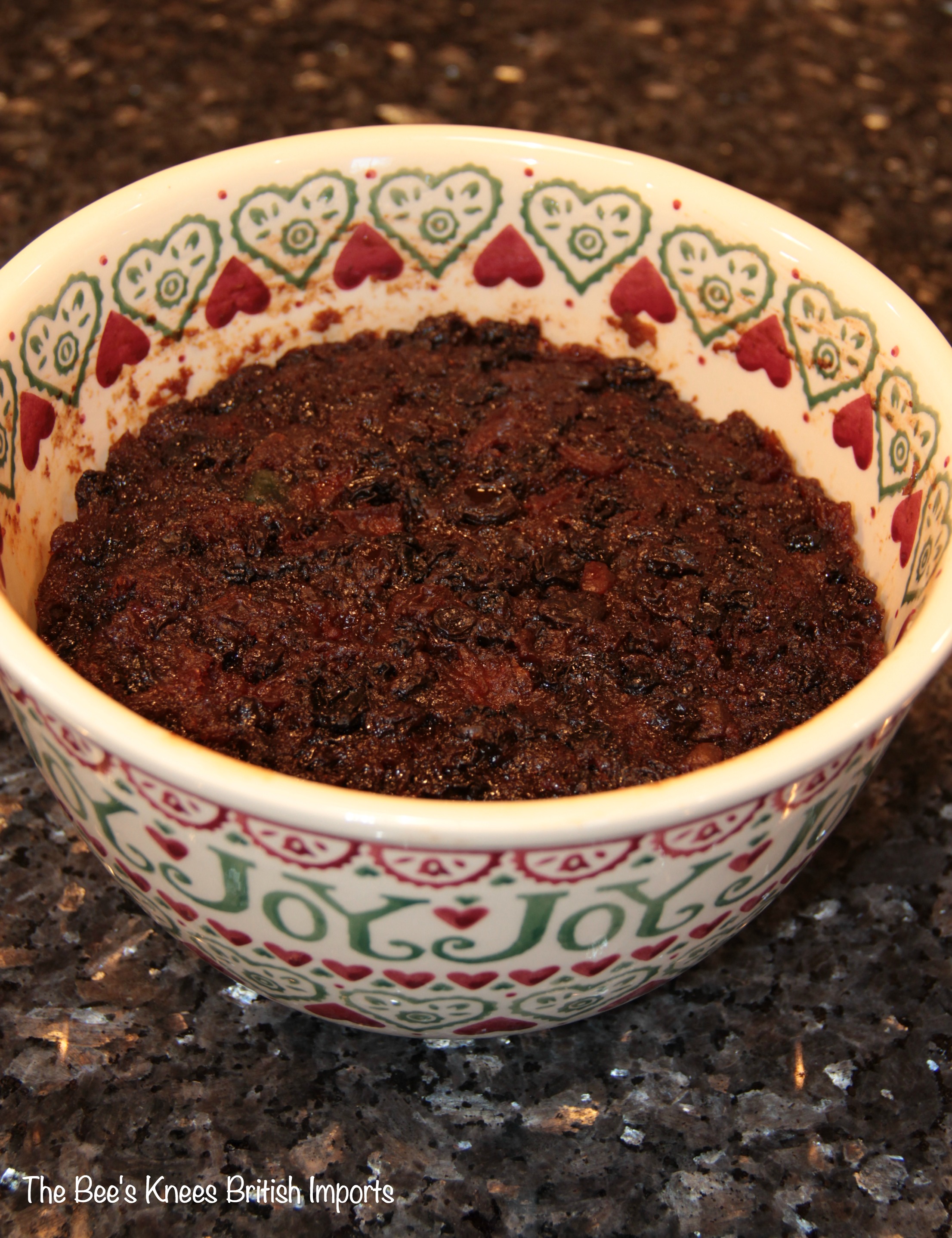 So that was it – pretty simple really. Now just to pour it into the bowl, make a nice lid out of greaseproof paper and foil. It then sits overnight for all the flavors to blend and the next day I steam it – for 8 hours! That is what actually takes all the time. All afternoon and evening we had the wonderful aroma of the steaming pudding wafting through the house; it really gets you in the festive spirit.

The pudding is now safely stored in a cool part of the basement, ready to be unveiled and set fire to on Christmas day! 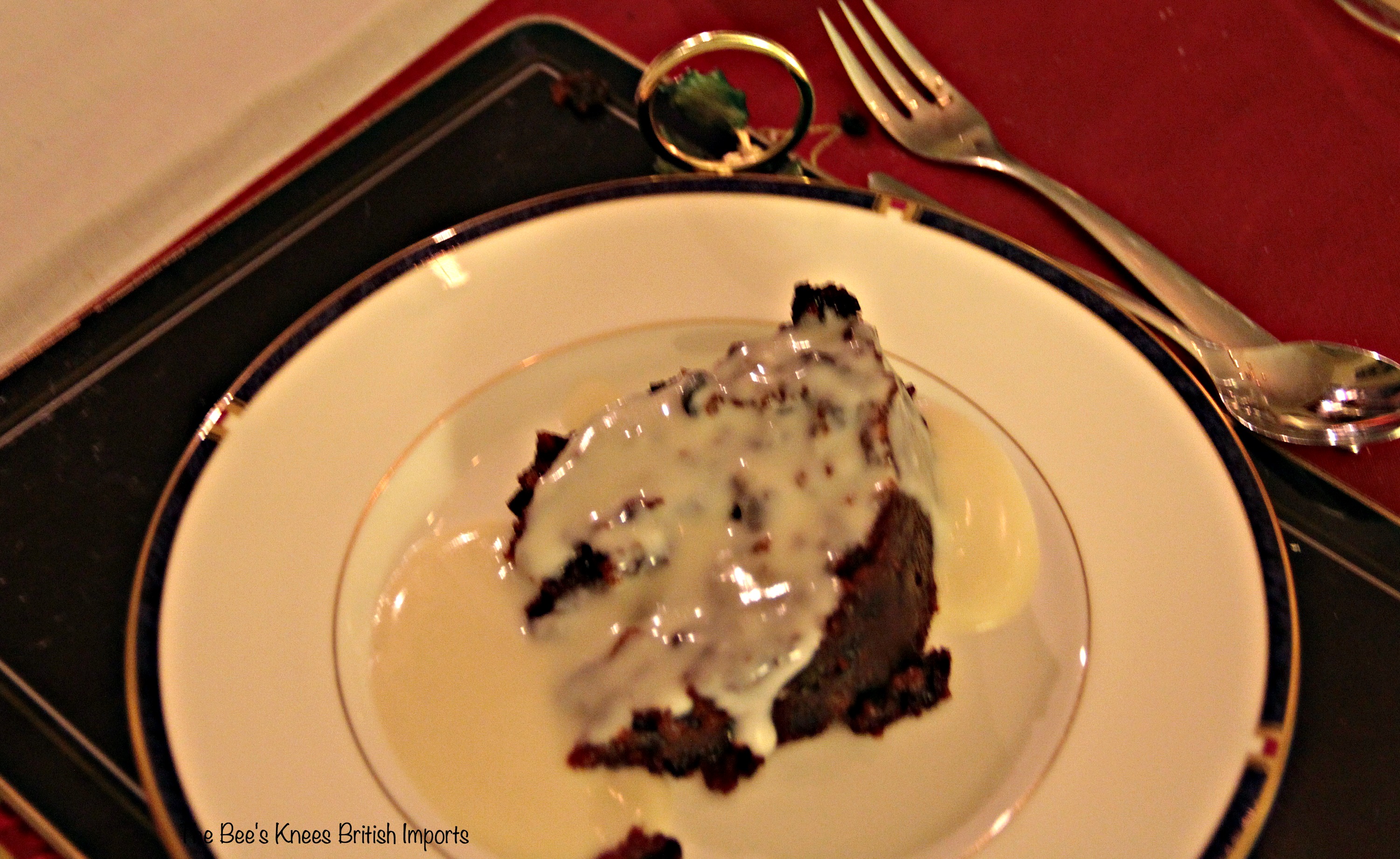