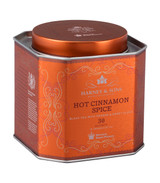 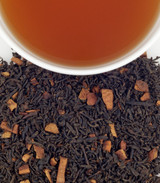 The is Harney's most popular flavored tea worldwide, Hot Cinnamon Spice is an assertive blend of black teas, three types of cinnamon, orange peel, and sweet cloves. No sugar added. This tea is also known as Hot Cinnamon Sunset. They are the same tea; the name varies only in certain packaging.

Be the first to review this product.

$13.50
A stout combination of Kenilworth Ceylon and Kenyan Milima black teas makes a smooth, full-bodied brew. Royal English Breakfast is delicious when complemented with milk and sugar.
Add to Basket
Add to Basket

$13.50
This Earl Grey is part of our distinguished line of historical English blends which were created especially for the Historic Royal Palaces of England. A blend of fine black teas, rich in natural...
Add to Basket
Add to Basket

$13.50
This marvelously brisk Peppermint has leaves that produce a wonderfully aromatic and crisp tasting tisane. We find a cup of Peppermint can also get a pesky stomach under control in no time...
Add to Basket
Add to Basket